You might even say that PBS's long-form documentaries are the closest thing we have, in the age of movies, to the pedagogy once provided by epic poems and plays.

These documentaries have the rare chance to reach a mass audience with a big, true story. But to do so, that story has to occupy the ground between fact and myth. This is a scholarly film. And yet, from the start, it announces its intention to treat Lincoln as secular deity.

An early scene shows the Zeus image in Washington, with the mortals below gazing upward in awe. Over a snare drum and flute playing "The Battle Hymn of the Republic," we hear the voice of a child as he reads the words etched above him in marble. Boy: In this temple, as in the hearts of the people for whom he saved the Union, the memory of The boy is drawn to respect, if not reverence, before he even recognizes Lincoln's name.

A scholar's voice-over drives home the point. I remember going as a child and thinking that's what God looked like. But the film must address nonbelievers, or at least get their attention. This is a formidable challenge. Photographs of Lincoln are scarce, as are details of his personal life. The crucial, early stories--of his parents, of his courtships, of his bouts with melancholy--are embedded in thickets of mystery. This, however, is one of the film's very few allusions to the challenge of extracting the "real" Lincoln.

The narration proceeds with brash confidence. Scholars punctuate the narration but never disagree. The film is even omniscient--telling us how Lincoln feels, what he believes, and that he "fell in love. This latter event, the Ann Rutledge story, provides a fine example of how historians draw story lines in shifting sands. In the s, Rutledge was as well known a "character" in America as Marilyn Monroe is today. Lincoln, the story went, fell in with her in New Salem this was years before he met Mary Todd, his future wife, in Springfield and was crushed by her death.

The story had its origins in oral history, and Carl Sandburg and John Ford ladled generous sentiment upon it. But the scholars who took control of Lincoln in midcentury hated this sap. They attacked the evidence that gave rise to it, and a generation of Ph. Now, the story is back: The original oral histories, as John Y. Simon and Douglas L. Wilson have argued convincingly, contain a strong consensus that Lincoln was distraught over Ann Rutledge's death and even talked suicide.

Can we conclude from this that Lincoln had fallen in love? I don't know. Only one man could ever have known, and I imagine that even Lincoln had no easy answer to the question. Grubin's film flattens ambiguity, in this case, in the service of a story. Time is short, and drama is necessary. And so, when known texts are inconvenient, they are tweaked. Where photographs are not available, scenes are done up with musicians, actors, period sets, and props--even digital imaging. Lincoln's first Springfield house, of which no pictures exist, is shown in color, before moving clouds, and even with lightning.

Lincoln is given a deep drawl, though his actual voice, as Garry Wills has noted, was "high to the point of shrillness. These choices will help the film reach a wide audience, which it deserves. It is a gorgeous film, expertly done. But will it work as myth? And if so, for whom? Myths must fit the needs of their time.

And our crucial need today is to lay bare the ugly truths of the past, especially with regard to the human beings brought to this continent in chains. Whatever its problems, a culture skeptical toward "heroes" has more room for people long ignored and trod upon. For such people, I fear the Lincoln of this film will be of little use. Consider the story the film tells about Lincoln and race: Lincoln always hated slavery and always wanted to see it end.

He parted with abolitionists mainly about means, not ends. He cannily maneuvered to make the causes of union and emancipation inextricable, and he threw himself behind the 13th Amendment. The man grew up among bigots and said some awful things. But he grew and grew. The film quotes Frederick Douglass describing his visit with Lincoln: "I was never in any way reminded of my humble origin, or my unpopular color. But Douglass had a mixed message on Lincoln. In he told a crowd that Lincoln had opposed slavery for "the interests of his own race," that he was "preeminently the white man's President, entirely devoted to the welfare of white men.

The film does not include these latter remarks, perhaps because of time constraints. But then why does it lavish attention on the twists and turns of the Civil War, a subject already comprehensively covered in Ken Burns's epic? And why, for that matter, is the film framed as a joint biography of Abraham and Mary, when she gets so little time as to render her a caricature?

The real reason, I suppose, is that myths should make us feel as though they are narrated from on high. And mythical heroes should be flawed enough to seem real but grand enough to seem divine. But that may be a view of myth that needs replacing.


Take, for example, Lerone Bennett, Jr. Bennett highlights Lincoln's interest in shipping blacks to Africa and argues that he wrote the Emancipation Proclamation only because he was "forced" to by military necessity. But whatever scholars may think, the book has a receptive following. Forced into Glory has a number of errors, mainly of omission. But I value the book because it is a bracing reminder that while we are often blind to history, we can, with great effort, see in it our present.

What we invest in him, and hide in him, is who we are.

Andrew Delbanco has noted that two true stories can be told about America and race. One is the story of a "poisonous idea"; the other, of a "struggle to live up to the principle of inviolable rights. In the seventeenth century, European settlers looked to God for the reassurance that their way of life was the right one. In the Age of Reason, with new emphasis on sacred bonds among people, George Washington was a demigod. Lincoln replaced him. Maybe, now, Lincoln should be replaced. Gregory Stephens suggests that Lincoln should be paired with Frederick Douglass--that we should throw out the heroic individual in favor of the heroic pair, a symbol of struggle and symbiosis.

Learn how your comment data is processed. Enter your email address to subscribe to this blog and receive notifications of new posts by email. 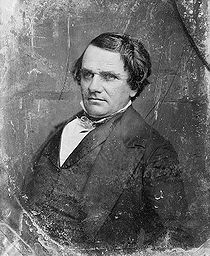 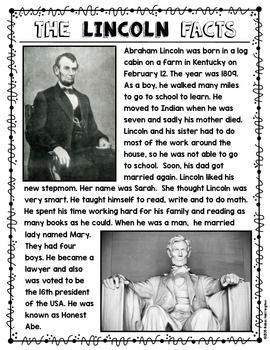 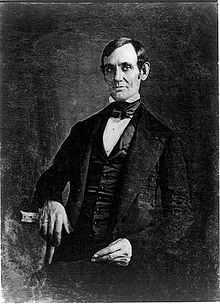