National parks such as Acadia, the Everglades, the Grand Canyon, Yosemite, and Glacier are as varied as they are treasured. In all, there are more than 89 million acres dedicated in the national park system.

These lands are to be managed for the conservation of natural scenery and wildlife, as well as for the lasting enjoyment of human visitors. And visit we do: in more than million people came to at least one of the units of the national park system.


With highways intentionally linking one park to another, and scenic routes prominently constructed through their midsts, the way we visit most of these parks is on roads. Though slightly less famous, the national forests cover more area, attract more annual visitors, and generate a steadier stream of controversy over their management than do their sibling parks. At million acres, the national forests would appear plenty large—and some of them are—but they are pledged to a multiple-use agenda for management that frequently pits timber harvest against wildlife habitat, mining claims against water quality, and motorized recreation against wilderness protection.

Roads flow through this mix like muddy water, providing access to hunters, for instance, even while degrading habitat needed for their prey.

Comprising some million acres, BLM lands include large parcels of western lands that were never claimed for other private or public uses such as homesteads, railroads, national parks, state lands, Indian reservations, or military sites. Many of these lands developed a reputation primarily as range for cattle grazing. Though BLM lands in southern Utah, Nevada, California, Idaho, and Montana are increasingly being "discovered" for their spectacular canyons, desert ecosystems, or recreational opportunities, these lands still struggle to shed their reputation as the lands that nobody wanted.

More than 70 million visitors each year demonstrate that BLM lands are not, in fact, ignored, but these lands continue to receive some of the most liberal use and hardest impacts—from off-road vehicles ORVs , cattle grazing, or mining—of any of our public lands.

The Story of America's Wild Horses and Burros

The national wildlife refuges and national parks have relatively few roads of their own, checking in at slightly less than 10, miles each. In addition to the roads managed and administered by these federal agencies, another , miles of state, local, or private roads cross federal public lands.

Although this book will focus on the , road miles under federal jurisdiction, many of the ecological, economic, and social impacts discussed should be applied to the entire network of nearly , miles. Table itemizes road miles on the four types of federal land discussed in depth in this book. There are a few other categories of public land that are not much covered in this book. The Department of Energy and Department of Defense manage a number of areas for bombing ranges, missile tests, military maneuvers and training, and other purposes, but these are typically not open to the public and often have impacts other than roads or ORVs with which to contend, including undetonated explosives or radioactive wastes.

The Bureau of Reclamation and Army Corps of Engineers also manage federal lands, primarily for flood control and hydroelectric projects, and again these fall outside the focus of this book. The total federal land base is approximately million acres, including Bureau of Reclamation, Department of Defense, and Department of Energy lands. As Americans recognized public lands with special features, it rarely took long for people to clamor for access. Within five years of the first national park designation of Yellowstone in and more than two decades before the Duryea brothers built America's first automobile, federal land managers set out to build roads that would allow people to see the geyser basins, wildlife, forests, and mountains of Yellowstone for themselves.

Similarly, the national forests had scarcely reached their adolescence in the s and '30s before the proliferation of roads caused agency employees such as Aldo Leopold and Bob Marshall to sound the alarm: America was losing many of its natural treasures to "mechanized man. Other public lands, including many of those now managed by the U.

Fish and Wildlife Service and BLM, were roaded even before their designation as refuges or resource lands.

Check out the latest on DOI.gov

In some cases, the road building has barely faltered since. Roads on our public lands have been a mixed success. We have unquestionably been able to reach and utilize more raw materials from our nation's forests, mineral reserves, grasslands, and waters thanks to roads. About bridges and 5, parking lots are associated with the public road system. Approximately 7 percent of the bridges are structurally deficient.

FWS owns and operates 16 permanent transit systems, with temporary service expanded to other units during special events, such as the 3day Festival of the Cranes at Bosque Del Apache National Wildlife Refuge in New Mexico. Further, at least eight urban transit systems currently serve FWS units. Local agencies and refuges have transit access information on their websites, and are adding transit stops on or immediately adjacent to refuge access points.

Additionally, the FWS Urban Refuge Program implementation strategy included, as a "standard of excellence," the increase of equitable access to urban refuges by all modes, with an emphasis on transit and trails for refuges within 25 miles of urban areas having populations greater than ,, by working with local, regional, and State partners. Pedestrian and bicycle use continue to be important ways for visitors to experience FWS lands.

FWS maintains 2, miles of trails, 95 percent of which are in excellent to good condition. Approximately 32 percent of the miles are paved or boardwalk, and the remainder are gravel, native surface, chipped wood, or mowed vegetation. BLM manages 16 percent of the surface area of the United States and is the largest manager 40 percent of Federal lands. BLM maintains a transportation system that serves as one of the primary means of connectivity to more than one-eighth of the United States, providing access to These lands comprise 20—80 percent of the individual States or their political subdivisions.

These lands play a significant role in the environmental and socioeconomic fabric of the Nation, the West, Alaska, and local governments. BLM also manages million acres of subsurface mineral estate throughout the United States.

As the national parks and national forest have become increasingly overcrowded, more people have begun using facilities on BLM-managed lands. Visits to BLM lands and facilities have significantly increased, due to an increase in outdoor recreational activities and the number of resources available throughout all FLMAs. Outdoor recreation has increased approximately 5 percent annually in the past several years despite the economic recession. Comprehensive transportation planning is a major priority for BLM. BLM established its Travel and Transportation Management Program to identify and classify all roads and trails, including well-maintained FLTP-eligible roads, temporary access routes for commercial uses, high-clearance primitive roads, and various types of recreational trails through a formal decision-making process.

Classification of roads and trails is necessary for proper management of access to and impacts on vegetation; sensitive species and their habitats; soils, air and water quality; and cultural and visual resources. BLM is moving toward a multimodal travel and transportation network that addresses the access and recreational needs of multiple user groups, including both motorized and nonmotorized forms of travel, on a designated system of routes. Completing management travel plans by inventorying and evaluating roads and areas, and deciding how roads or areas will be designated, is an enormous task.

Travel plans on more than million acres 83 percent of overall inventory remain to be completed.

Many of the roads have public uses and special purposes, such as those that serve recreational development areas. BLM has completed its year effort to inventory and assess the condition of its road system. This effort identified deferred maintenance and capital replacement costs and gathered basic inventory and geospatial data over what is currently considered the agency's road system approximately 42, miles.

Additionally, BLM has an inventory of approximately 29, miles of primitive roads, which comprise another set of assets in BLM's formal transportation system. Primitive roads, or high-clearance roads, do not normally meet any BLM road design standards. BLM owns approximately paved miles and miles of unpaved public roadways and about public bridges and major culverts. As shown in Exhibit , the condition of paved and surfaced roads is 65 percent good, 20 percent fair, and 15 percent poor. Approximately 3 percent of the public bridges are structurally deficient.

The Bureau of Reclamation Reclamation administers dams and reservoirs in the 17 western States, and manages recreation areas in partnership with other non-Federal recreation partners such as State, county, and city governments. Reclamation is the ninth largest electric utility and second largest producer of hydropower in the United States, with 58 power plants producing an average 40 billion kilowatt-hours annually. Reclamation is also the Nation's largest wholesale water supplier, delivering 10 trillion gallons of water to more than 31 million people each year and providing 1 of 5 western farmers with irrigation water.

Reclamation owns approximately 2, miles of roads open to the public, miles of which are paved. As shown in Exhibit , the condition of Reclamation roads is 65 percent good, 25 percent fair, and 10 percent poor. Reclamation also owns public bridges, approximately 12 percent of which are structurally deficient. In addition, Reclamation owns an estimated 8, miles of administrative roads and operations and maintenance roads, which are not open to the public. The United States has a unique legal and political relationship with Indian Tribes and Alaska Native entities as provided for by the Constitution of the United States, treaties, court decisions, and Federal statutes.

Within the government-to-government relationship, the Bureau of Indian Affairs BIA provides services directly or through contracts, grants, or compacts to federally recognized Tribes with a service population of about 1. BIA offers an extensive scope of programs that covers the entire range of Federal, State, and local government services. Programs administered through BIA include social services, natural resources management on trust lands 55 million surface acres and 57 million acres of subsurface mineral estates , economic development programs in some of the most isolated and economically depressed areas of the United States, law enforcement and detention services, administration of Tribal courts, implementation of land and water claim settlements, housing improvement, disaster relief, replacement and repair of schools, repair and maintenance of roads and bridges, and repair of structural deficiencies on high-hazard dams.

BIA operates a series of irrigation systems and provides electricity to rural parts of Arizona. BIA is responsible for approximately 29, miles of roads that are open to the public, 8, miles of which are paved. Tribal governments own an additional 13, miles of public-use roads, including 3, miles that are paved. 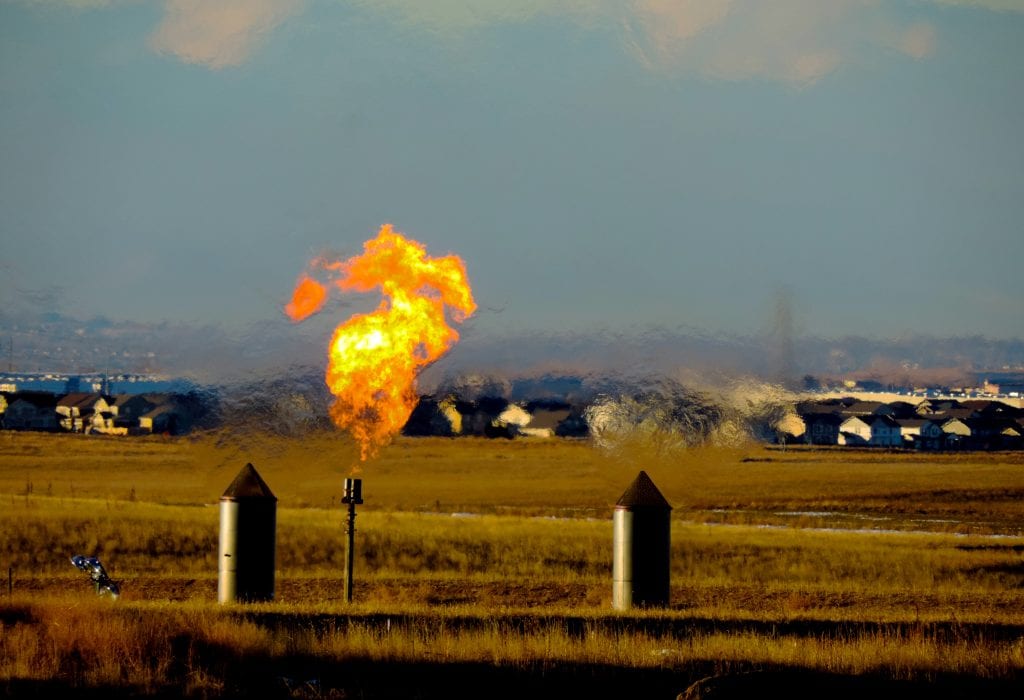